Women’s Networking Event at the US Congress of Computational Mechanics in Austin, Texas

The Female Researcher Committee of the International Association of Computational Mechanics (IACM-FRC, https://frciacm.wordpress.com ) organized a Women’s Networking Event at the US Congress on Computational Mechanics in Austin, TX at 6:30pm on Tuesday, July 30, 2019. The Event was sponsored by Elsevier with female travel grants sponsored by Sandia National Laboratories and celebrated the 80th birthday of Professor Mary Wheeler, a founding member of the computational mechanics community and trailblazer for women in computational mechanics. The IACM Female Researchers Chapter is currently led by chair Dr. Rekha Rao and cochair Prof. Pania Newell who presided over the meeting. 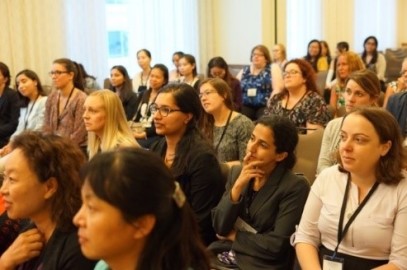 On Tuesday at 6:30 pm, the seminar room at the JW Marriot was about two thirds full of women age 8 months to 80 years old. One might comment that a partially full room leaves a lot of space for improvement within our community, but as Prof. Mary Wheeler pointed out: “In my days, we would have barely been able to fill the first row.” It shows how much progress has been made for women in computational mechanics but also demonstrates how much farther we could go.

The meeting was opened by prominent guests: Prof. John Foster as the local organizing chair of USNCCM, Prof. John Dolbow as the current president of USACM, and Prof. Antonio Huerta as the current president of IACM. The IACM-FRC greatly appreciates the support of the USACM and IACM and leadership made room in their schedule to attend our meeting, though they had to leave after the greeting to attend the IACM executive council.

The star of the evening was our invited speaker, Prof. Mary Wheeler, who took the time to share some of her experiences during a 60-year career in computational mechanics. It was a true honor to hear her recount her esteemed career in her own words, and not only read it secondhand online. Prof. Wheeler suffered from discrimination and set-backs, but never let that slow her down from her goal of being a professor and a world-class researcher. She is still actively involved in research, writing proposals and investigating new areas such as quantum computing. She was happy to say that her greatest regret is that now, at age 80, she cannot live through it all over again. Her piece of wisdom for the younger generation was to find the balance between determination and patience. Do not try to skip steps, but when the time is right, work hard and give it everything you have. A balance that can only be achieved if you are passionate about what you do. Prof. Wheeler emphasized the importance of networking and forming new collaborators to strengthen your creativity and enhance your portfolio. She encouraged everyone to “look for those windows of opportunity,” and pursue them, e.g. introduce yourself  to the program manager or find new collaborators and new areas of research. We could have listened forever, and Prof. Wheeler was kind enough to field questions from the audience for quite some time. 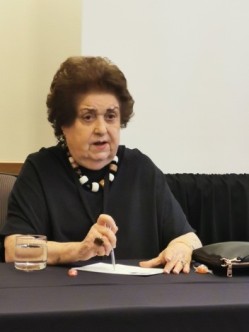 Another highlight of the networking event was the announcement of the recipients of the female travel award sponsored by Sandia National Laboratories. Three outstanding female researchers in computational mechanics were honored.

After the formal mentoring portion of the meeting, we concluded with informal networking and a reception sponsored by Elsevier at Max’s Wine Dive, a short walk from the hotel. In smaller groups, we were able to discuss what we had just heard, but also other pressing issues such as measures to spark the interest of young female students in computational mechanics, the child care situations in different countries, and many other interesting topics. It was truly inspiring to be able to hear the ideas of women from all over the world and to realize that the problems are the same everywhere even though the cultures are so different. We are looking forward to our next meeting at ECCOMAS WCCM in Paris with hopefully a much fuller room! 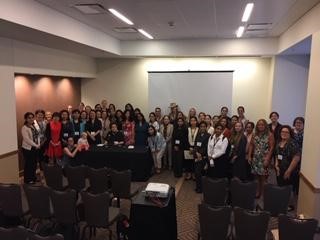 The Female Researcher Committee of the International Association of Computational Mechanics (IACM-FRC) organized a Women’s Networking Event at the World Congress of Computational Mechanics in New York City on July 23, 2018 from 6:00-8:30pm sponsored by Elsevier. The FRC mission is to promote gender balance in the computational mechanics community and provide a supportive network for female researchers. The event began with a welcome from incoming IACM-FRC chair, Dr. Rekha Rao. Professor Antonio Huerta, IACM Secretary General and President-elect, expressed the societies’ strong support for raising women’s profiles in the computational mechanics community and his personal support of the FRC and the events we sponsor. Local Organizer Jacob Fish shared his enthusiasm for working towards a mechanics community based on inclusion and without prejudice or sexism, especially given his experience growing up in a country with significant discrimination. Professor Fish was especially pleased that 4 out of 5 of the Visionary Speakers were women. IACM President Professor Wing Kam Liu encouraged all women attending to serve on committees and join the leadership of the IACM. Approximately 60 women were in attendance.

The focus of the Networking Event was a mentoring session featuring five female panelists who are all successful researchers in computational mechanics, covering broad range of expertise, and they were all at different stage of their professional careers. The women were asked to discuss their backgrounds and career paths, issues facing them during career growth, balancing career and family, and the challenges of being women in leadership positions. The panelists were from diverse backgrounds and location from the US and Europe:

The panel’s honesty and willingness to openly share their stories was truly inspirational. We heard about pregnancy and child care during the tenure process, two-body problems and the sacrifices that some had to make such as having a long commute, and the evolution of inclusion and sexual harassment training in corporate culture. We learned that this generation of women faced fewer of challenges that were there for the previous generation, who had broken a lot of ground. Overt harassment and company sponsored sexist behaviour is mostly a thing of the past, though women are still less visible than men and still must work harder for advancement.

All the panelists were mothers: a researcher among the audience felt that in Germany she was discouraged from being a parent if she wanted a successful academic career. Seeing five successful mothers made her realize that is was possible especially if, as the panel advised, you looked for support from family, nannies, spouses, cleaning services, and Amazon. Women still have more of the childcare and household responsibilities than men. Another issue that was brought up was the lack of women in prominent roles in WCCM such as plenary and semi-plenary speakers and female officers and committee members for IACM. The FRC works hard to suggest more diverse and varied speakers to the IACM meeting organizers and were responsible for Linda Petzold’s invitation as semi-plenary at WCCM. The FRC continues to identify and suggest outstanding female leaders for future prominent roles in IACM conferences, but we need the entire community to work as hard as we do to promote gender equity.

Several women commented that this was one of the best mentoring events that they have attended. Many thanks to the panel and all who attended, but especially to Ruth Hengst, IACM conference coordinator, and Carrie Christensen, Elsevier, for making the event such a success. 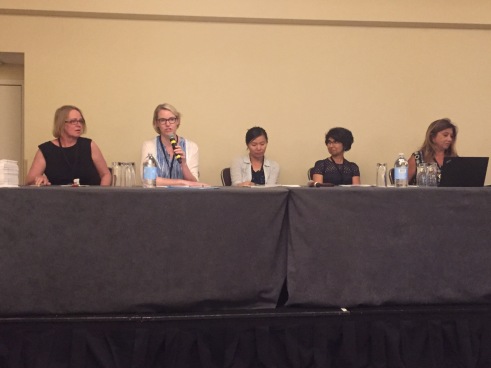 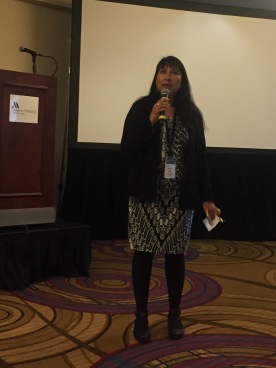 Group picture of IACM-FRC, panel, award winners, and audience at the end of the panel discussion

During the 18th U.S. National Congress of Theoretical and Applied Mechanics (USNCTAM18) in Chicago, the Women Researchers’ Networking Event was held at 6:30-8:30 PM on June 6th, 2018. Springer joined forces with the USNCTAM18 committee and the Female Researchers Chapter (FRC) of the International Association for Computational Mechanics (IACM) to help the opening of the event. 56 researchers from various universities and research institutes gathered at the event sharing their experiences.

Prof. Linda Franzoni, Secretary of USNCTAM and Ms. Silvia Schilgerius, Senior Editor Applied Sciences of Springer Nature delivered welcome speeches. Dr. H Alicia Kim, the Chair of IACM-FRC introduced the purpose of the event, the mission of IACM-FRC and ran the event as moderator. The event began with a reception catering and ended with lively discussions.

During the event in form of round-table free discussions, three questions (but not limited to) were proposed and discussed: 1) How did you arrive at the current stage in your career?; 2) How do you maintain the work-life balance? and 3) What’s your definition of equality of men and women in the research environment?

Additionally, some practical suggestions were given for women to manage both scientific research work and caring for their family, such as prioritizing professional and personal life, relying on friends and family, taking time for oneself, workout/exercise and eating healthy.

Participants also made appeal for more female plenary speakers, no more stereotypes on gender in STEM research, recognition for both genders for equal accomplishments, no more judging of research based on gender and equal work, equal pay, equal opportunities, equal resources, as well as other equalities in the research environment. 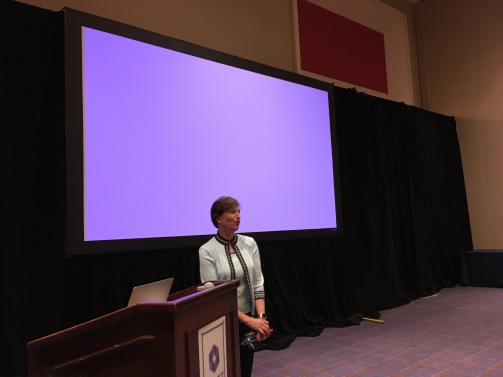 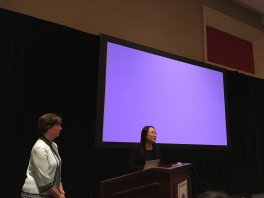 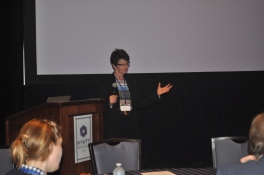 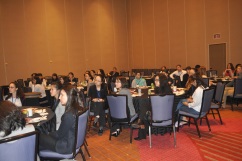 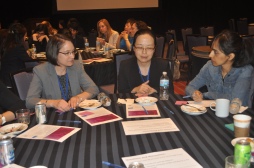 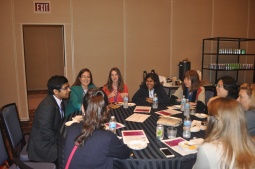 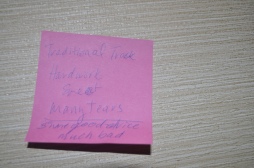 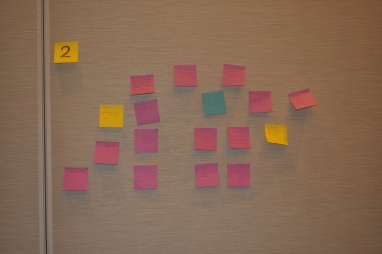